The rise of High Deductible Health Plans has shifted the healthcare cost burden to the insurance policyholder. As more patients choose HDHPs, ASCs must learn how to navigate this change in patient responsibility. From increased patient education efforts to best billing practices, ASCs — with their usual speed — must adapt to this changing payer/provider landscape.

In addition, a study by the Los Angeles Times and Kaiser Family Foundation found that “Over the same time, insurance premiums also increased, rising at more than double the rate of inflation and outpacing wage gains.”

When patients access healthcare, it’s not likely they have the funds to meet even the lowest deductible before doing some major financial juggling. According to federal data, 61% of adults could cover an unexpected $400 expense, but 39% would have to borrow, money, sell something, or simply not be able to cover it at all.

For ASCs, these plans are having an impact on the bottom line.  While Medicare and Medicaid are growing, commercial pay still accounts for the majority of ASC payments. The mean percent of gross charges for ASCs, as measured in VMG Health's 2018 Multi-Specialty ASC Benchmarking Study., breaks down as follows:

If the 43.4% figure above is applied to the commercial pay percentage from the VMG study, 26% of the average ASC’s commercial payer mix relies on HDHPs. Physicians may have been worried about how they would be paid by the uninsured; now it’s the patient responsibility portion of any HDHP policyholder that’s keeping them up at night.

To meet this emerging challenge, surgery centers are making changes in three areas: patient engagement and education; scheduling, and billing.

More than ever, patients need a solid understanding of their role in paying for their care. But unlike any other consumer purchase process, it’s hard for patients to get a clear picture of what they owe at the time of payment. ASCs — 36% never discuss a patient’s ability to pay before delivering services — need to take a greater role in patient education. Proactive communication about co-pays, deductibles and coinsurance well before a patient’s procedure is critical. Some have moved ahead of the game by directly addressing HDHPs with patients as part of their insurance and billing patient education. They provide clear direction on how patients can work with their insurer to determine their current deductible status and commensurate out-of-pocket responsibility. 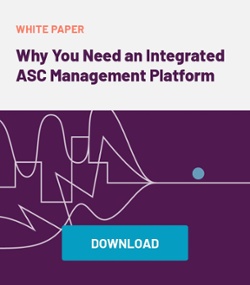 Many with HDHPs may elect to schedule their surgery early in the year to quickly meet their deductible. Some centers may have already encountered this, but others should prepare for higher than usual patient volumes in the early months of the year.

HDHPs are intricate cost sharing agreements that can tax the skills of even the savviest revenue cycle management pro. Some have Health Savings Accounts — flexible healthcare spending dollars available to patients who set aside a pre-tax portion of their earnings — which can be used towards paying their deductible. Others don’t.

Still, flexibility is the watchword to successfully navigate billing and payments with HDHPs. Payment plans or flexible financial solutions, like the short-term payment plans offered by one center, are increasingly being used. A tiered campaign of letters and phone calls in the days and weeks leading up to a surgery to collect co-pays and deductibles also smooths the payment process.

HDHPs also up the ante for accurate coding. Now is the time to review billing and coding processes to avoid common coding mishaps that add to time and cost pressures.

HDHPs may be a wrench thrown into the dynamic surgery center environment, but given the ‘get-it-done’ culture of most ASCs, your center can handle HDHPs. With the right claims management tools to submit clean claims, and reporting to help you gain insight into all aspects of AR, getting paid the right amount at the right time has never been easier.

The Simplify ASC practice management software is the only management system designed specifically for ASCs from the ground up. It allows you to work just the way you do. Get the insight you need to run a profitable center and provide great care.

You’re going to love the way you work. 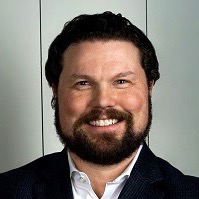 Back to Blog
Twitter Feed
Tweets by SimplifyASC
Related Posts
5 Insider Tips to Buying the Best Software for Your ASC
EMR Software, ASC Software, Instructional, Thought Leadership, Practice Management Systems, ASC Technology, ASC Operations, Nursing Leadership, ASC Reporting
Jan 12, 2022
One of the most important decisions you will make on behalf of your surgery center is deciding which software to implement in order to improve your business. To many folks, just the thought of implementing software beckons an onse [...]
Read
Top 5 Questions We Get Asked
EMR Software, ASC Software, Practice Management Systems, ASC Technology, Simplify ASC Platform, Digital Patient Chart (EHR), EHR Software, ASC Billing, Revenue Cycle Management
Nov 10, 2021
Here are the most popular questions we field about Simplify’s complete, all-in-one solution helping ASCs improve their efficiency and profitability. When I meet ASC staffers at a trade show or industry event, I always enjoy educat [...]
Read
Cybersecurity in the ASC: Phishing
ASC Software, Thought Leadership, Practice Management Systems, ASC Technology, EHR Software, Cybersecurity
Jul 27, 2021
Cybersecurity in 2021 is the hot topic across all platforms and businesses. Companies across the globe are at a constant risk of a breach due to backdoors, bad cybersecurity protocols, poor training, and overall lack of awareness [...]
Read